(Pulaski, PA)…After officially putting the wraps on the 2015 season on April 16 with the “Apple Festival Nationals” make-up, the cars and stars of the Sweeney Chevrolet Buick GMC RUSH Dirt Late Model Series powered by Pace Performance suffered a rain out the following Friday for what was to be the kickoff of 2016 Touring Series campaign.  The Sweeney Tour will now get underway in foreign soil as Humberstone and Merrittville Speedways in Ontario host $2,000 to-win events this Sunday (May 22) and Monday (May 23) respectively.

Sunday's each at Humberstone will be the annual "Canadian National Late Model Championship" and will be a $2,000 to-win Marquee Event, while Monday will feature the second annual "Victoria Day Celebration" at Merrittville also paying $2,000 to-win, but will be a Platinum Event designation due to being a midweek event.  Both events will also count for Sweeney Weekly Series points.  Last year, John Waters won his only Tour event of the season with his victory at Humberstone, while Max Blair won the first ever Crate Late Model event at Merrittville. 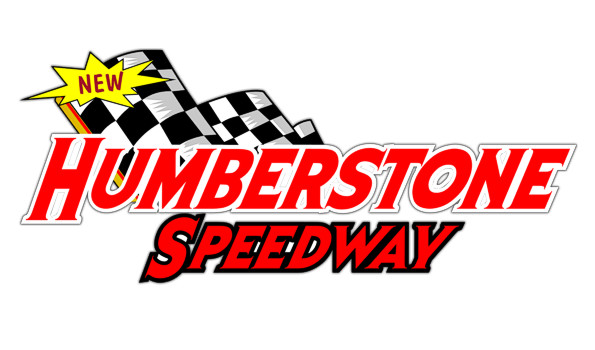 "We're very excited about getting our season underway and are looking forward to getting back to these two great tracks," stated RUSH Director Vicki Emig.  " Both speedways are very racey and provide tremendous action.  This year we were able to coordinate the events so that they fell in consecutive nights.  The response has been very good and except a number of new racers from both the states and Ontario to participate.  Plus the weather is looking perfect, which is always a plus.  We have to thank both speedways for giving us the opportunity to come, and it'll be a great treat for fans to be coupled with the Super DIRTcar 358 Modified Series on Monday."

Like many speedways throughout the region, Humberstone has battled Mother Nature completing only one of three events scheduled.  On May 7 in Sweeney Weekly Series action, Jeff Dayman scored an upset victory for his first career Late Model win.  Dayman is amongst several Humberstone regulars that have continued to improve racing Late Models in predominately Modified country.  Drivers like Colton Ledingham, Rob Pietz, Tim Gillespie, and Sam Pennacchio have become a force to be reckoned with as defending track champion Dennis Lunger, Jr. and 2014 track champion Paul Grigsby continue to make the trip from the states across the border on a weekly basis on Sunday evenings.  Ken Winfield has become a veteran of the class at Humberstone, while several newcomers made their debut on May 7 including Mike Greene, John McIntire, Wyatt VanWart, and Travis Martineau.

Twenty-five drivers have joined as Touring members in 2016 to date led by defending champion and the Series' all-time winner Max Blair along with longtime crate standout and 2013 champion Mike Pegher, Jr.  Coming off a career best season, Eric Wilson, has warmed up for the Tour by winning a pair of Sweeney Weekly Series events already this season at McKean County Raceway and Wayne County Speedway.  Drivers like John Waters, brothers Jason and Brian Knowles, veteran racers Charlie Duncan, Alan Dellinger, Randy Hall, and Dave Lyon are all expected to contend for the title.  Top drivers like Bryce Davis, Will Thomas III, Lunger, Damian Bidwell, Josh Double, Matt Latta, Kyle Zimmerman will contend for victories throughout the season.

Both events will feature Bobby Lake Motorsports "Shock the Clock Qualifying and Beat the Heat" meaning the fastest qualifier each night will receive $100 and all heat race winners will earn $25.  The K&N “Cold Air Induction” Dash will be run each night paying a $100 K&N certificate to win, $50 K&N certificate for second with $25 cash for third and fourth place.  The K&N Dash will also set the beginning of the 30-lap feature lineup for the top two finishers in the heat races if there are less than five heats or for the heat winners if there are five or more heats.

Precise Racing Products will award a $100 gift card for the "Pedal Down" Hard Charger that passes the most cars in the feature each night.  The TBM Brakes “Tough Brake of the Night” will award three bottles of Xtreme6 Racing Brake Fluid valued at approximately $45 along with a certificate for a discount off any TBM Brakes purchase.

Each night, RUSH Officials will choose the "Maxima Performance" Award for a driver that exhibits a performance worthy of such.  The winner will receive a free case of either Maxima Semi-Syn High Performance Racing Oil or Maxima Performance Racing Oil of your choice.  In addition, the winner will receive one can of SC-1 clear coat, one 16-oz bottle of Maxima Cool-Aide concentrate, one 32-oz quart of Maxima PSF power steering fluid, and a Maxima t-shirt.  The value of this prize package is $170!

Also, CrateInsider.com will award a $25 gift certificate to the driver that finishes last on the lead lap at the finish each night.

You do not have to a member of RUSH to compete.  The red AMB transponders will be used both nights.  RACEceivers are always mandatory.  The entry fee each night is $100US.  Pit passes are $25 each night for members and $30 for non-members. There will be a cash payout in US dollars at the end of each night.  Gates open at 4:30 p.m. each night with racing at 6:30 on Sunday and 7 on Monday.

Humberstone is a 3/8-mile owned by Linda Cosco and is celebrating its 57th anniversary this season.  Humberstone is located at 1716 Highway 3 East in Port Colborne, Ontario, Canada L3K5V4.  For more information, check out their website at www.humberstonespeedway.com or call 905-834-4002.

Merrittville Speedway is a 3/8-mile banked clay track located at 2731 Merrittville Highway, Thorold, Ontario, Canada, and is only 12 miles from the US border at Niagara Falls.  Racing enthusiasts in southern Ontario have been flocking to this summer time venue for over 60 consecutive seasons, and it may very well be the Heart of Niagara’s best kept secret.  Check out www.merrittvillespeedway.com for more info.