The App will be the first of its kind for racing in the western PA/eastern Ohio/western NY area, and one of the first for grassroots racing in general joining the likes of nationally-known Knoxville Raceway, Eldora Speedway, and the PA Posse for Sprint Cars!

“We’re thrilled to be able to offer this App to our fans, drivers, speedways, and sponsors,” stated RUSH Series Co-Director Vicki Emig.  “We have so many young racers today and we feel it’s important to stay up with the ever-changing times.  We’re really putting an emphasis on social marketing through Twitter and Facebook and this is just another unique way to connect with our customers and really promote our racers, speedways, and sponsors.  As a sanctioning body, it’s our job to help market the speedways and this will be another important tool to do so.”

To download the RUSH Late Model Series App, simply go to the Play Store on an Android device (phone), search for RUSH Late Models, and then download the App free of charge!  The App for Apple iOS should be available in a few weeks, and we’ll be announced as soon as it’s available. 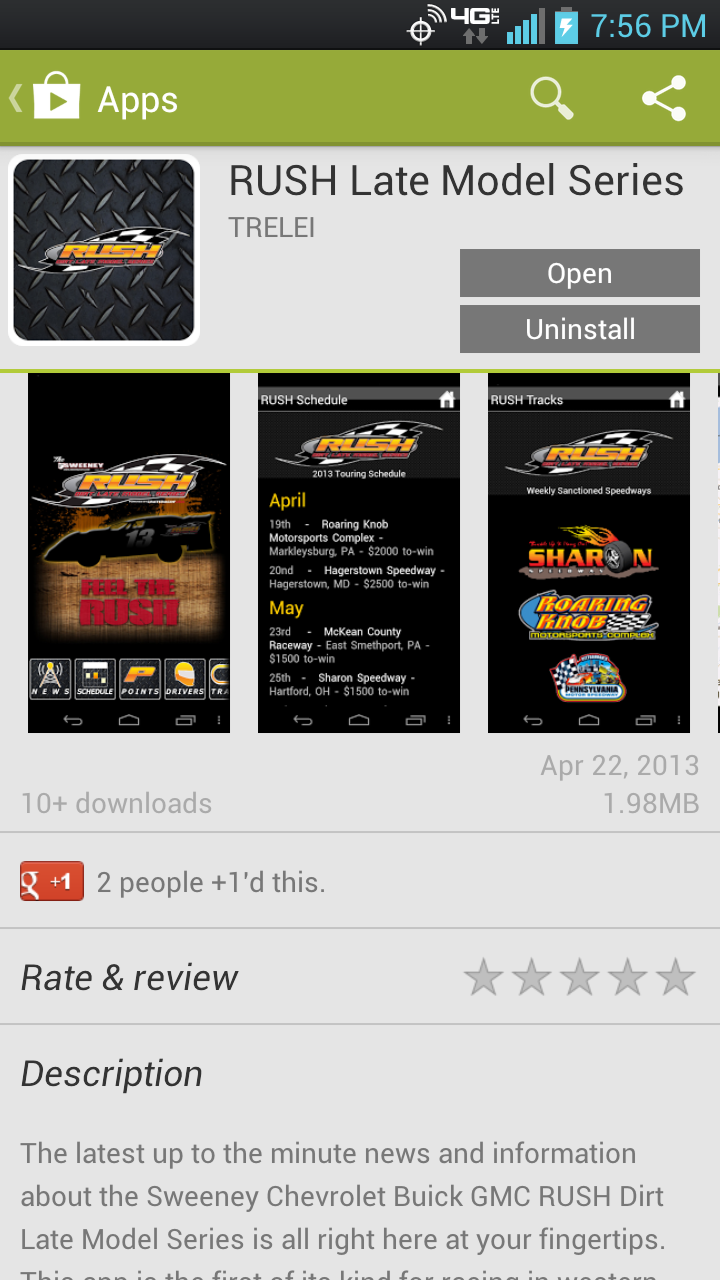