In May 2012 during the Limited Late Model event, Bowie was battling Scott Adams for the win on the final lap when the two drivers made contact on the front stretch.  The contact sent Bowie into the wall.  His car flipped several times as it crossed the finish line ahead of Adams.  Bowie was uninjured, but his car suffered severe damage in a costly victory.  “That was a $10,000 (costly) win right there,” Bowie explained.  “It was one of the reasons we sat out of competition in 2013.”

Despite the set-back, Bowie claimed the 2012 Potomac track championship and claimed two victories.  Still, though, the accident was a turning point.  "We got behind on a few things and we needed to get some things straightened out,” Bowie said.  He raced only once in 2013, then he made an important off-season decision.  “We knew RUSH was going to sanction the crate deal at Potomac. We looked at the cost of the crate motors and the rules, and we felt it would be more advantageous to go Crate racing,” he explained.

A Steel Block Late Model competitor since 2004, Bowie decided to compete under the Sweeney Chevrolet Buick GMC RUSH banner this season. So far, the decision has paid dividends. Bowie has claimed two victories, including the season-opener at Potomac. “I think we are stacking up well against those guys.  To beat a guy like John Over at Potomac made us feel good,” Bowie explained.

The two-time Potomac Limited Late Model champion has a lot of plans in RUSH Late Model action this season. “The plan is to compete at Winchester and Potomac full-time.  We plan to hit the tour races at Potomac and Winchester (Mid-Atlantic States Classic) in June.  Eventually we want to go to Roaring Knob and Pittsburgh,” he explained. “I hope we do well with it.”

Bowie began his racing career in 1999 in Potomac’s Hobby Stock division.  He drove car No. 17 in that division and captured two Hobby Stock championships.  He made the move to Limited Late Models in 2004.  He scored two Potomac track championships in that division in 2011 and 2012.  In a career that boasts nearly 60 wins, Bowie has scored victories at tracks including Potomac, Winchester, Clary’s and Virginia Motor Speedways.  “I’m not the young guy out there anymore,” quipped Bowie, 38.

Racing fans may remember Bowie sporting the number 36 for a brief time in his career.  The Maryland driver partnered with Stuart Hopkins from 2007 until 2010.  He changed his car number to 36 during that stint.  Bowie ventured back to his own team in 2011 and brought back his familiar 17 to his Rocket chassis.

A crane operator by trade, Bowie hopes to lift his career to new heights with RUSH.  “I think RUSH will become a popular division.  In other divisions, it is hard to beat the high-dollar teams. This division puts you on more of a level playing field,” Bowie said.  This successful driver is ready to play ball.

Through the first weekend of May, Bowie is currently fifth in the Sweeney Chevrolet Buick GMC RUSH Weekly Series Championship standings that pay the top 40 positions with $5,000 to the champion.  Bowie has actually ran one less race than the top three in points as the Sweeney Weekly standings looks at drivers’ best 15 finishes for the season.  Bowie is also expected to qualify for the $3,000 to-win Pace Performance “Summer Chase” that includes the top 10 in each track’s points and the Tour through the end of June.

Bowie will be primed when the Sweeney Tour comes to Potomac and Winchester on June 20-21 for a pair of $2,500 to-win events! 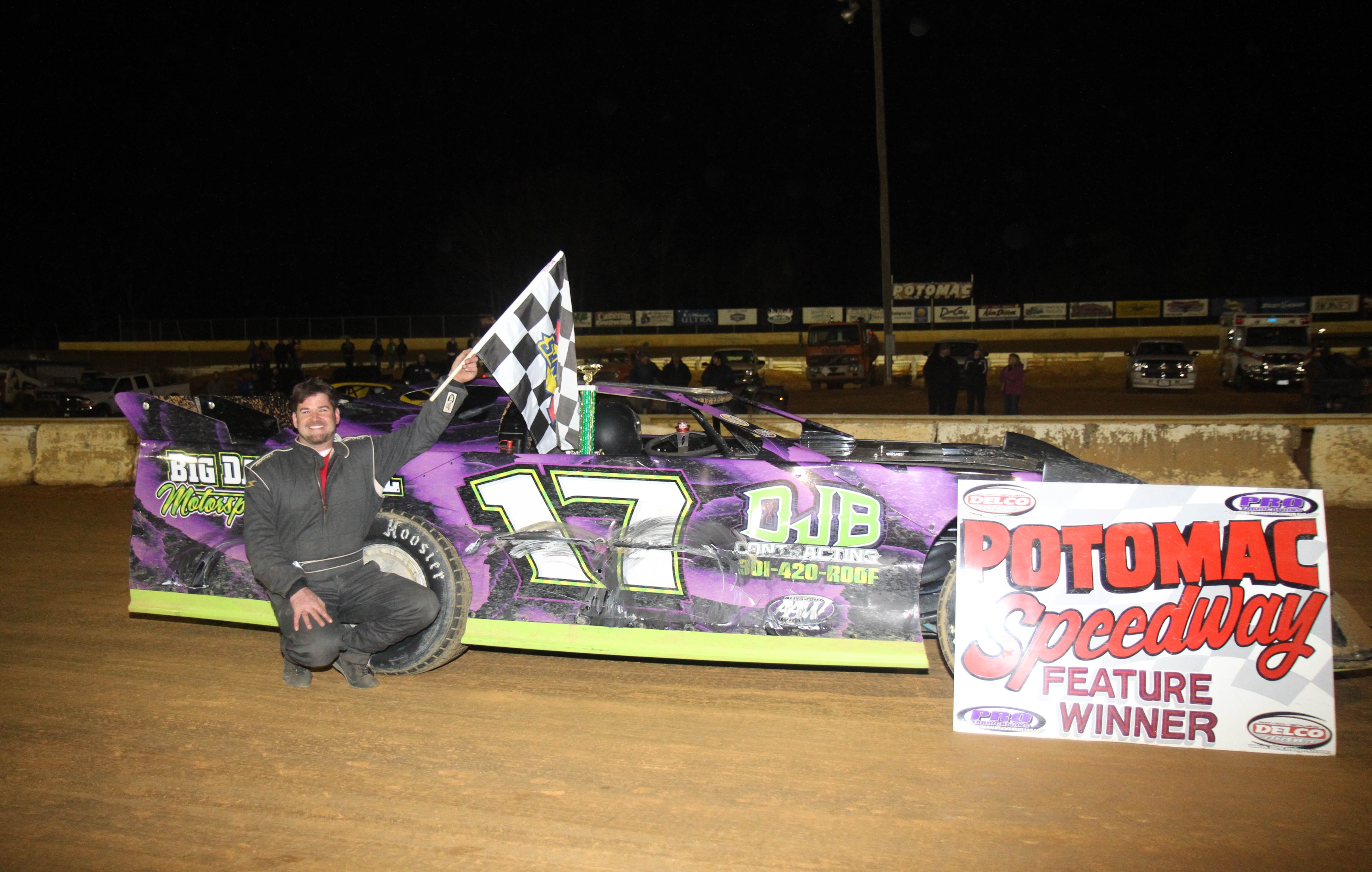