(Bradford, PA)…One of the smallest tracks that is part of the Sweeney Chevrolet Buick GMC RUSH Late Models program is Bradford Speedway, which puts on some of the most exciting action.  Weekly battles between the top local Late Model teams keep the fans on their feet each race night. Andy Michael, Jeremy Wonderling and Damian Bidwell treated the fans to epic battles throughout the summer with Michael prevailing in the championship battle. 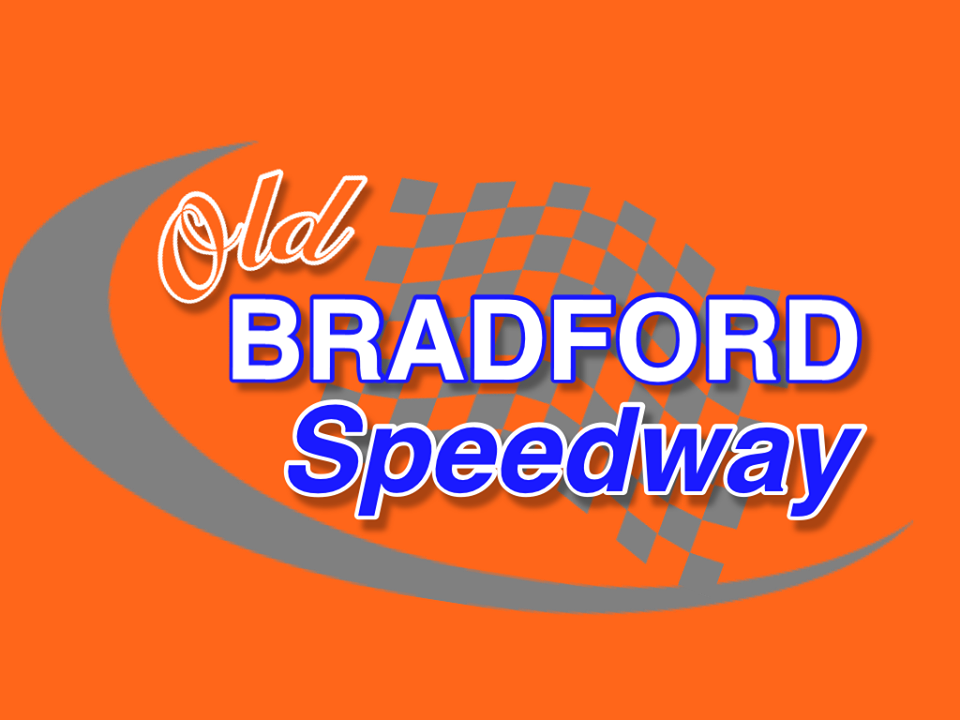 Built by the Shimp Family in 1954, the track was first at a location three quarters of a mile northeast of the present location at the old Bradford Rodeo Grounds. In 1958, the track was rebuilt at Rew and leased to the Stateline Speedway management the first three seasons until they built the Eriez Speedway.

Bradford Speedway had a NASCAR Grand National race on June 12, 1958, won by Junior Johnson in a 1957 Ford. The pole car was Bob Dell, also in a 1957 Ford.  Outside front row was the 1957 Chevy of Speedy Thompson.  At the conclusion of the 150 lapper it was Johnson over Lee Petty in a 1957 Oldsmobile, the only two cars on the lead lap. Johnson, an eventual 10-time NASCAR winner and 132 wins as a car owner, including 6 championships, won $550 for his efforts. The pole-sitter wound up third, two laps down. Three local drivers, Dean Layfield, Squirt Johns, and Emory Mahan, were disqualified for illegal engines even though NASCAR had allegedly cleared them to race.

After 1960, the Ray Shimp family ran the track until selling it to Jim Anderson in the late 1980s.  Dennis Thomas took over the reins next, about 1996.  Thomas, a former Street Stock driver, ran the track until Doyle Harris began leasing the facility in 2006.  Harris ran the track for two years then it sat empty until Jeff Andrulonis took over in 2012 until June 2014.

In 2015 Norm Asel, a former racer and from a family with an extensive racing history, purchased the track and brought the RUSH Late Model Series on board.  The addition of the RUSH Late Models has been welcomed by the fans, who pack the grandstands each race day during the season.  For the first time ever, Bradford will host a Sweeney Touring Series event on Sunday, July 2 paying $3,000 to-win!  This Marquee Event is expected to attract RUSH’s best of the best!

Over the offseason Asel, made the decision to bring a second RUSH-sanctioned class to his weekly program with the addition of the Pro Mods.  The E-Mod-based class competes with GM crate engines on the $135 sealed, spec Bilstein Shocks and the RUSH 91 pump gas.  The growing class joins nearby Stateline Speedway, which runs the class weekly on Saturday nights.  McKean County Raceway then came on to give racers additional options to compete during their special events.

When contacted for this story, Asel was very appreciative of RUSH directors Vicki Emig and Mike Leone, stating that the “support they give us with the series is phenomenal; they are always available to share their experience and expertise.”

“We have thank Norm for his continued belief in RUSH,” acknowledged Emig.  “From bringing in the RUSH sanction for his Late Model division and now being 100% behind the Pro Mod class has been tremendous for us and our racers.  His belief in the RUSH Pro Mods have now given those racers a second weekly home, which has really spurred the growth this offseason.  We are also very excited Bradford has stepped up to host their first ever Sweeney Tour event for our Late Models and offering a higher $3,000 to-win purse structure.”

Bradford Speedway runs Sunday evenings from May through September with the RUSH Late Models as the premier class.  In addition to the RUSH Pro Mods, the Pure Stocks, Mini Stocks, and Kid’s Class Mini Stocks, an entry-level class for younger drivers, fill out their weekly program.

The Old Bradford Speedway is located at 330 Summit Road, Bradford, PA 16701. For more information, call general manager Jeff Gardner at 814-598-9599 and check out their Facebook page at www.facebook.com/theoldbradfordspeedway.