"I don't think any of us would have believed as we began our season in March that we would end up with such  tremendous championship results," stated RUSH Co-Director Vicki Emig.  "To have four different champions from four different states is a truly a testament to the competitiveness all of the RUSH racers who competed with us from as far north as Canada into Virginia and Maryland and everywhere in between.  Our Weekly, Summer Chase, Touring, and Futures Cup programs have allowed racers of all experience levels and ages to compete for their own piece of our $70,000 plus point funds, which is exactly what we had hoped for.  This year alone over 50 different racers will receive cash awards and numerous others were able to capture one of over 400 valuable product contingencies that amount to over $60,000." 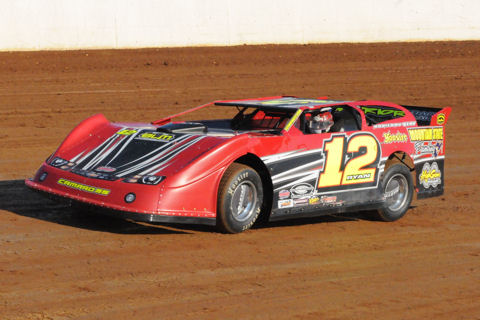 In 2013 at 16 years of age Ryan Montgomery put forth a yeoman’s effort to try and win the Sweeney Touring Series crown.  The Fairmont, West Virginia standout won five features and led the points heading into the Series finale at Lernerville Speedway where he devastatingly lost the crown by three points to heavy favorite Mike Pegher, Jr.

Fast forward ahead to today and Montgomery is celebrating the sought after 2014 Sweeney Tour title after clinching at Lernerville- the very place that brought so much disappointment one year ago.  Though I’m sure Montgomery would tell you he would have liked to win more than one Series feature event- it was the consistency that earned him the $5,000 top honors.

Outside of a 14th place finish on opening night at Freedom, Montgomery had only one other finish outside the top 10; in fact, Montgomery recorded an impressive nine top five finishes in 16 events, which propelled him to the 50-point winning margin in the Jeff Montgomery-owned, T.J Contracting & Custom Homes/Montgomery Homes/Central Supply/SBC Trucking/Bobby Lake Motorsports/High Gear Speed Shop/Genesis Shocks-sponsored Warrior Chassis #12 over runner-up John Waters.

“I have to thank all of my sponsors and everyone that helps out on my car- I literally couldn't do it without them,” stated Montgomery, while being interviewed after winning the title at Lernerville.  “They help me so much and I can't thank them enough.  Losing last year was bad- it sucked.  We came in with the lead and lost it by three points.  It was horrible, but it made me and my team want to regroup and come back and win it this year.  Without the fans this is nothing- you guys are the most important part of this."

Not only did Montgomery earn $5,000 for the Sweeney Tour crown, he’ll add an additional $2,700 to his point fund total as he was also fourth in the Sweeney Weekly Series points and finished sixth in the Pace “Summer Chase”.  Montgomery has come a long way since winning the inaugural 2011 “Futures Cup” title. 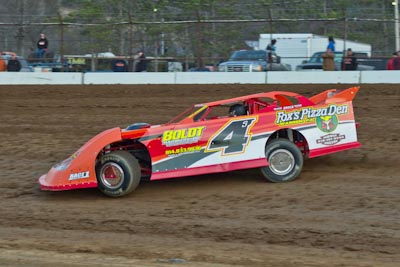 After his performance on October 25 in the 30-lap feature, it would be hard for many to believe Chad Ruhlman had never won at Lernerville before or a Sweeney Tour event in the two-year history of the Series.  Ruhlman came from 13th to win the $2,000 feature by over six seconds.  The win, which propelled him into the top 15 in Tour points, was a fitting end to a stellar season by the veteran racer.  Behind the strength of 12 wins, Ruhlman captured the $5,000 Sweeney Weekly Series title, which looked at drivers’ best 15 finishes (best two per week) from March through September at RUSH-sanctioned events. 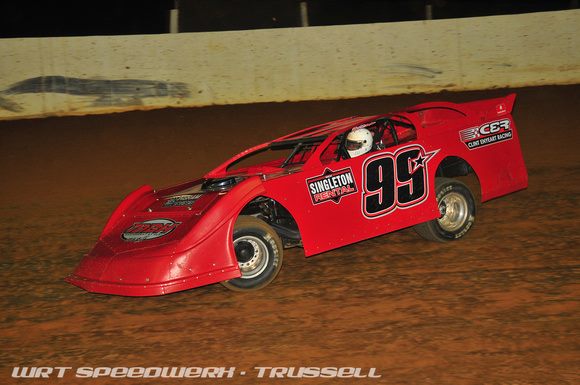 For as much success as Rick Singleton had in RUSH competition in 2014, it’s hard to imagine what would have happened had he focused entirely on running with the Series instead of moonlighting in open motor competition where he also had tremendous success racing throughout the region.

Singleton’s major championship though came in the Pace Performance “Summer Chase” where he earned a 109-point average in all RUSH-sanctioned events he competed in from July 1 through Labor Day.  That average translates to a near second place (110) average finish!  Singleton will earn an additional $3,000 for this honor racing the #99* MBH race car for Clint Enyeart.

When most people see Michael Lake race that don’t know his age, they wouldn’t think he’s a teenager let alone a 13-year-old!  After running a limited schedule in 2012, Lake burst onto the scene in 2013 capturing the Roaring Knob Motorsports Complex championship with four feature wins including a Sweeney Tour event!  The Uniontown, Pa. driver would come up just six points shy of the “Futures Cup” title to Eric Wilson. 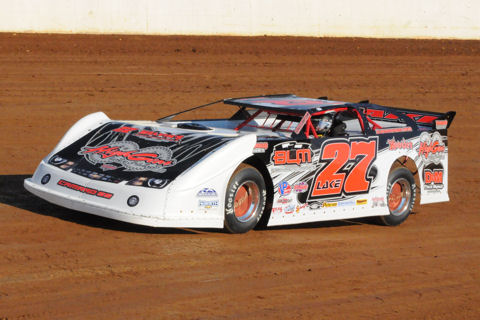 And Like Montgomery in the Sweeney Tour, Lake set his sights on coming back stronger in 2014 and winning the “Futures Cup” crown and that’s the very thing he did.  Not only did he take the $1,000 title by a whopping 118-point margin over Reese Masiello, but he also substantially improved his final rankings in the Sweeney Weekly Series and Pace “Summer Chase”.  Lake would tie Singleton for runner-up in the Sweeney Weekly ($2,750) after finishing 13th in 2013 and improved from 11th to fourth in the Pace “Summer Chase” ($800).

Lake led the way at Roaring Knob where he won an astounding seven feature events and defended his track title!  Lake also turned a lot of heads at Lernerville in the Sweeney Tour finale where he won the K&N Dash and raced from 11th to second in the feature event!