(Freedom, NY)...As the curtain comes down on the 2013 racing season, many teams, having spent the majority of the year preparing, racing and maintaining their race cars, now take some much needed time off.  However, that's not the case for Ed and Zack Carley, who continue to work daily on their equipment along with several others as owner and operators of Ed Carley Motorsports in Freedom, New York.

While Ed has been racking up wins for 22 years, Zack just completed his second full year behind the wheel. “Racing is what I know and love,” stated Ed. “It started to become a little less appealing until Zack took a serious interest in driving and now that we race together, it has really re-energized me!”

Recently I sat down with the father and son duo and discussed their 2013 campaigns, their offseason work, and plans for 2014.  Both compete regularly with the Sweeney Chevrolet Buick GMC RUSH Dirt Late Models at McKean County Raceway (East Smethport, PA), as well as other events in New York, Pennsylvania and Canada.

The Carleys had impressive runs in both weekly and Sweeney RUSH Touring shows in 2013 at McKean scoring multiple top 5 and top 10 finishes.  “We both feel like the RUSH-sanctioned events are home to us, it reminds me of the old MACS Series based on the professionalism of the officials and the way the events are run,” noted Ed.

Ed’s list of racing accomplishments is very impressive, including the 1997 IMCA Modified championship, top 10 point finishes in the former MACS and UDTRA Series, as well as more than 100 feature wins and six points championships across Super Late Models, Crate Late Models and E-Mods!  Ed most recently was the 2011 Crate Late Model champion at Stateline Speedway in Busti, New York.

Despite his limited experience, Zack continues to turn heads.  Zack graduated to racing Crate Late Models from a successful stint at Motocross and Go-Kart racing.  The 22-year-old has scored three feature wins including his first win in 2012 at Humberstone Speedway (Port Colborne, Ontario, Canada) as well as very impressive performance in the Sweeney RUSH race at the McKean Fall Classic finishing second to Chad McClellan in the wild Friday night portion of the weekend.

“I did the go-kart and motocross stuff for about 14 years, but really like the Crate Late Model deal much more," stated Zack.  "I started out this year with back-to-back feature wins at Stateline and Humberstone and finished in the top five in points at McKean, so I am pretty happy with those results."

Recently Ed opened Carley Collision located next to the race shop in Freedom, where they repair street cars during the day and work on race cars at night or vice-versa depending on the demand.  “Last year we prepared about 30 cars for local racers,” explained Ed.  “We average around that number every year and have done as many as 70 in one year!”

In addition to maintaining their cars to race weekly, Zack also maintains a RUSH Late Model for Garret Stephen.  “Garret works construction and does not have time to work on his own stuff, so I take care of that as well,” explained Zack.

When the conversation turned to competiveness in the family, Ed’s wife and Zack’s mom Kim quickly noted, “They are very competitive with each other.  There's a lot of joking around all week about who’s going to do what, but for the most part it’s all in fun.”  Zack smiled widely when his dad joked, “Everyone keeps asking Zack when are you going to spin the old man out”, but you can clearly tell that they both love working and racing together!

The Carleys are looking forward to 2014 as they're excited they will be able to compete weekly at what will be the newly re-opened Freedom (NY) Raceway, located within minutes of their shop on Friday nights, and McKean County Raceway, which just announced the switch to Saturday nights!

Both will be competing for the Sweeney Chevrolet Buick GMC RUSH Weekly Series title.  Zack also plans to race at Eriez Speedway on Sunday nights and added, “I would like to race seven days a week if I could!”   They do plan to hit a few of the Sweeney RUSH Touring events, but it's difficult for them based on their location.  Zack definitely has the desire to go as far as he can with his career and has the full support of his entire family.  They just purchased a new trailer for Zack to use to transport his car and equipment and are focused on 2014.

Don't be surprised to see one or both of them score wins in both Sweeney RUSH Weekly and/or Touring events next year! 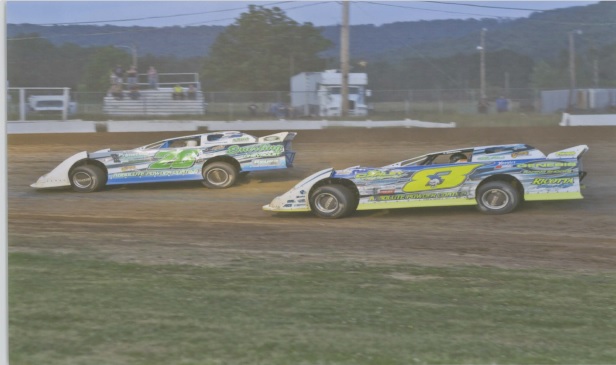