After a two-year hiatus, racing returned to Freedom this past season under a lease agreement by Troy Shuknecht.  Crate Late Model racing wasn’t new to Freedom; in fact, Freedom was one of the original four speedways to host weekly racing when the class was introduced under the leadership of Emig in Leone in the Northeast in 2007.

Reis, 45 of Elma, NY, is the owner of BR Machineworks in Depew, NY.  Reis is a veteran racer himself as he’s competed in the asphalt Modifieds at Lancaster Speedway as well as Super Modifieds at Oswego Speedway.  In addition, Reis has run DIRTcar Sportsman Modified and Sprint Car events. 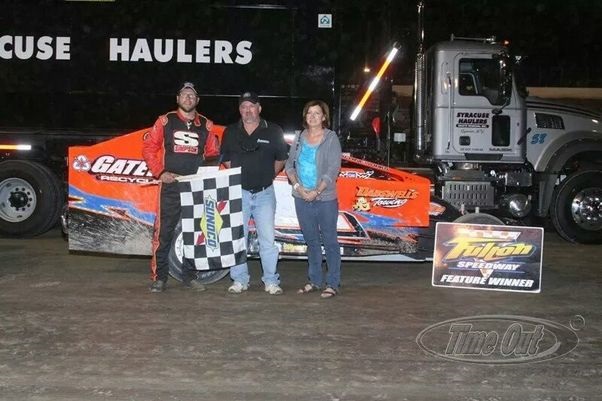 “We’ve had a good relationship with Freedom over the years,” expressed Emig.  “Track owner Dan Hoffman was a visionary of the class when it first started and then years later Mike Lauterborn bought the speedway and continued the concept.  We have to thank Troy and his family for reviving the track in 2014, and with Mr. Reis taking over ownership we look forward to great things into the future.”

RUSH member racers will again be able to participate at Freedom in 2015 and be eligible for all of the programs including the Sweeney Weekly Series Championship, the Pace Performance Summer Chase title, and the “Futures Cup” for those eligible racers.  While membership is not mandatory to compete in any RUSH-sanctioned event, membership will again include a $100,000 excess participant accident policy which is over and above drivers’ health insurance and speedways’ participant accident policy.

Freedom will be in the Northern Region for the Sweeney Touring Series and a tentative date of June 5, 2015 has been set.  Back on May 30, Freedom held its first ever Crate Late Model Touring Series event, which was won by Chad McClellan in an excellent race.  McClellan would add another victory later in the season at Lernerville Speedway in route to a third place finish in the Sweeney Tour.

Freedom held 15 RUSH-sanctioned events over the course of the season with an impressive 10 different winners!  New York racers Chad Ruhlman and Adam Sixt led the way with three wins apiece.  Ruhlman’s three wins were important as it helped propel him to the $5,000 Sweeney Weekly Series Championship, while Sixt of nearby Chaffee won the track’s point championship.  Jeremy Wonderling was the only other driver with multiple victories at two, while McClellan, Ed Carley, Max Blair, Brady Wonderling, Bryce Davis, Bill Holmes, and Brad Mesler all had single victories.

In addition to the RUSH Late Models, Freedom is planning on weekly competition with the Sportsman Modifieds, Street Stocks, Pure Stocks and Mini-Stocks.  Specials events are also planned for the 6A Mini Sprint Series and Patriot Sprint Group.  A limited schedule of 360 Late Model races may also take place.

Freedom is located at 11099 Bixby Hill Road, Delevan, New York 14042.  Freedom is in the process of launching an all new website, but for now you can follow their updates by liking their page on Facebook.  Just go to www.facebook.com and search Freedom Motorsports Park.  Any questions on Freedom can be e-mailed to [email protected].