(Pulaski, PA)...With the inaugural Sweeney Chevrolet Buick GMC RUSH "Crate Racin' USA Late Model Nationals" fast approaching, of which an important part of the weekend's festivities will include the prestigious "Bill Hendren Memorial" $1,000 to-win twin qualifying events on Friday, June 12 at Winchester Speedway, RUSH officials are pleased to announce the creation of the Bill Hendren "Rebuilder of the Year" Award that will be presented annually at the RUSH  banquet beginning this season.

RUSH currently authorizes 19 rebuild/repair engine facilities throughout their region, all of which play a very intricate and important part in the success of the Series by conforming to the parameters of the GM engine rebuild process.  Along with stringent teching, these are two of the most important pieces of preserving the integrity of the Series.

In 2005, Bill Hendren, the patriarch of the Hendren family and founder of Hendren Racing Engines, had the foresight to began building his affiliation with crate racing.  As many of his open engine customers looked to crate racing as an opportunity to continue racing Bill began offering free advice via the well know 4M.net message board.  As the concept grew throughout the country, his generosity and expertise was rewarded as many of those who had utilized his knowledge in the beginning utilized him as their engine rebuilder as their needs arose.  Over 10 years later, his legacy and dedication to crate racing lives on through his sons, Steve & Mike, as the Hendrens are recognized throughout the entire country as a leader in this specialized form of racing.

"I can't tell you how honored both Mike (Leone) and I were that the Hendren Family was so willing to allow us to create this important award in memory of Bill Hendren," stated RUSH Co-Director Vicki Emig.  "We are truly blessed with a tremendous group of RUSH authorized rebuilders, all of whom do an awesome job at fulfilling their obligation of rebuilding the crate engines per the GM specs and requirements.  I know that all of them would be truly honored to receive this award."

The philosophy of Hendren Racing Engines is clearly stated in the opening sentence of their web site. “If your goal is to win races, then you have come to the right place.”

“We give our customers the best product available and treat them all the same,” said the 44 year old Steve Hendren.  “It doesn’t matter if you’re somebody like Jonathan Davenport or somebody I don’t know.  We provide them with the same exact product and service.  I think they appreciate it when you treat them the same.”

Hendren Racing Engines, located in Rutherfordton, North Carolina, was founded in 1976 by Bill Hendren, who passed away on March 19, 2011.

“He was highly respected,” said Steve of his father. “The whole racing community took a big loss when he left us.”

The business is now run by his two sons, Steve and Mike, while their mom, Bettie, still retains ownership.  Recognized as one of the top rebuilders in the country, Hendren Racing Engines prides itself on making drivers winners while doing it the legal way.

The company is the certified engine rebuilder for the NeSmith Racing Series, the RUSH Late Model and Sportsman Modified Series, and the South East Crate Association (SECA).

The business was initially a West Coast operation, located in Santa Cruz, California.  “That’s where I grew up,” said Steve.

“He (dad) was the brains behind the operation,” said Steve. “It was always his dream to have a shop and build racing engines,” said Steve.  “He got the opportunity to open up and quickly became one of the premier engine builders in California.  At the time, Hendren Racing Engines provided motors for Super Late Models, Dragsters, and Off Shore Powerboats."

When the company relocated to North Carolina in 1995, they continued to build engines for Super Late Models.  “It didn’t take long for people to see why he (Bill) was one of the smarter guys around,” said Hendren, who makes Union Mills, North Carolina his home.

But with the Dirt Late Models declining and tracks cutting back on their weekly racing schedules, Hendren Racing Engines became a rebuilder rather than a builder.

There’s a difference between the two- an engine builder is someone who builds an engine from scratch and a rebuilder literally rebuilds an already existing engine.

Another change affected the direction of Hendren’s business when a good portion of its drivers switched from the Super Late Models to the Crate Late Models.

“A lot of our customer base started moving into Crate Late Models,” said Steve.  “We adapted quickly to keep the doors open and the lights on.”

Today, Steve and Mike serve as co-foremen of the shop and are the face of the business.  Craig Brownfield is also part of the race shop team as is Steve’s 17 year old son, Alex.

On an average, Hendren Racing Engines does anywhere from 120 to 140 race engines a year.  Their busiest time used to be between mid-January and the end of April, but things have changed over the last few years and now according to Steve there really isn’t a slow period.

“We slow down a bit in September and October,” said Steve, “but it picks right back up in November and stays busy the rest of the year.”

During the busiest time, they will produce about five engines per week.  Their crate customers come from all around as they are located in 31 states as well as Canada and Australia.

Besides rebuilding engines, Hendren Racing Engines also supports a Late Model race team with Steve behind the wheel of the #29 Lazer Chassis GM 604 Crate Late Model house car.  In 2007, Steve decided to make the switch from a Super Late Model to a Crate Late Models because most of his customers had already gone that route.

“I needed to be able to relate to them when they talked and asked questions about the Crate Engine,” said Steve.

Brother Mike, now 41, serves as the crew chief, while Alex provides help on race day. Steve’s stepson, 19 year old Igor Sergyeyev, also helped with the car at the racetrack before he joined the Army and was deployed to Ft. Bliss, Texas in October of 2014.

“Mike has never had the desire to race and always wanted to be the crew guy,” said Steve.  “He likes the technical aspect of a racecar.  I like the dumb part which is turning laps.”

In conjunction with the Sweeney RUSH Racing Series, Hendren Racing Engines will honor the patriarch, Bill, on June 12 at Winchester (VA) Speedway.  On Friday night, there will be a "Bill Hendren Memorial" race that will include twin qualifying events that will pay $1,000 to-win for each race.  In addition, thousands of dollars of contingencies will be awarded to the racers by the luck of the draw.  This will be the third straight year, RUSH has hosted the Northeast version of the "Bill Hendren Memorial".

On Saturday, the 13th, RUSH will then have the $6,000 to win "Crate Racin’ USA Late Model Nationals". “If I can get my car ready, I will be there,” said Steve.  “I won the first Memorial race and you know what they say about stopping when you’re on top.  I haven’t raced one since.”

“My husband touched more lives than I was ever aware of,” said Bill’s wife, Bettie.  “He wasn’t only an engine builder he was an advocate for crate racing and the crate racer.”

“I know my dad would be a staunch supporter of the RUSH Racing Series and I’m very happy that RUSH has recognized him in this way,” said Mike Hendren.

“We can’t win it,” acknowledged Steve.  “Part of the deal is that we are sponsoring it and won’t be eligible to win. Vicki (Emig) will let us know who wins it.”

“I’m very touched that RUSH would come to me with the idea of creating an award in Bill’s name,” said Bettie.

“My dad was my hero and it’s such an honor that Vicki and Mike talked to my mom about creating this award,” said Steve.

“It was very refreshing to know that Vicki and Mike contacted my mom directly, understanding her importance as the head of our family and the caretaker for my father’s legacy,” said Mike.  “I know for a fact that any engine builder who wins this award will be very deserving.”

As for crate racing in the future, Steve said, “It’s saving Dirt Late Model racing.  Most tracks can’t afford to pay the Super Late Model purses on a weekly basis.  It’s difficult to get the Super Late Model guys to leave their houses unless the purse is somewhere between $1500 to $2000 where the Crate guys will race for purses in the range of $800 to $1,000 and that’s what the weekly tracks are paying.”

“I’ve had nothing but good impressions with RUSH,” said Steve.  “They are some of the easiest people to deal with.  When I originally spoke to Vicki about the Bill Hendren Memorial race event three years ago she was extremely gracious without even knowing him.  It’s been nothing but a pleasure to work with them.”

“I think there will always be national and regional touring Series like the Lucas Oil Tour, World of Outlaws, and the Carolina Clash, but the weekly racing is almost going by the wayside in most areas and that’s where the Crate racecars come into play.”

For more information on Hendren Racing Engines, check out their website at www.hendrenracingengines.com. 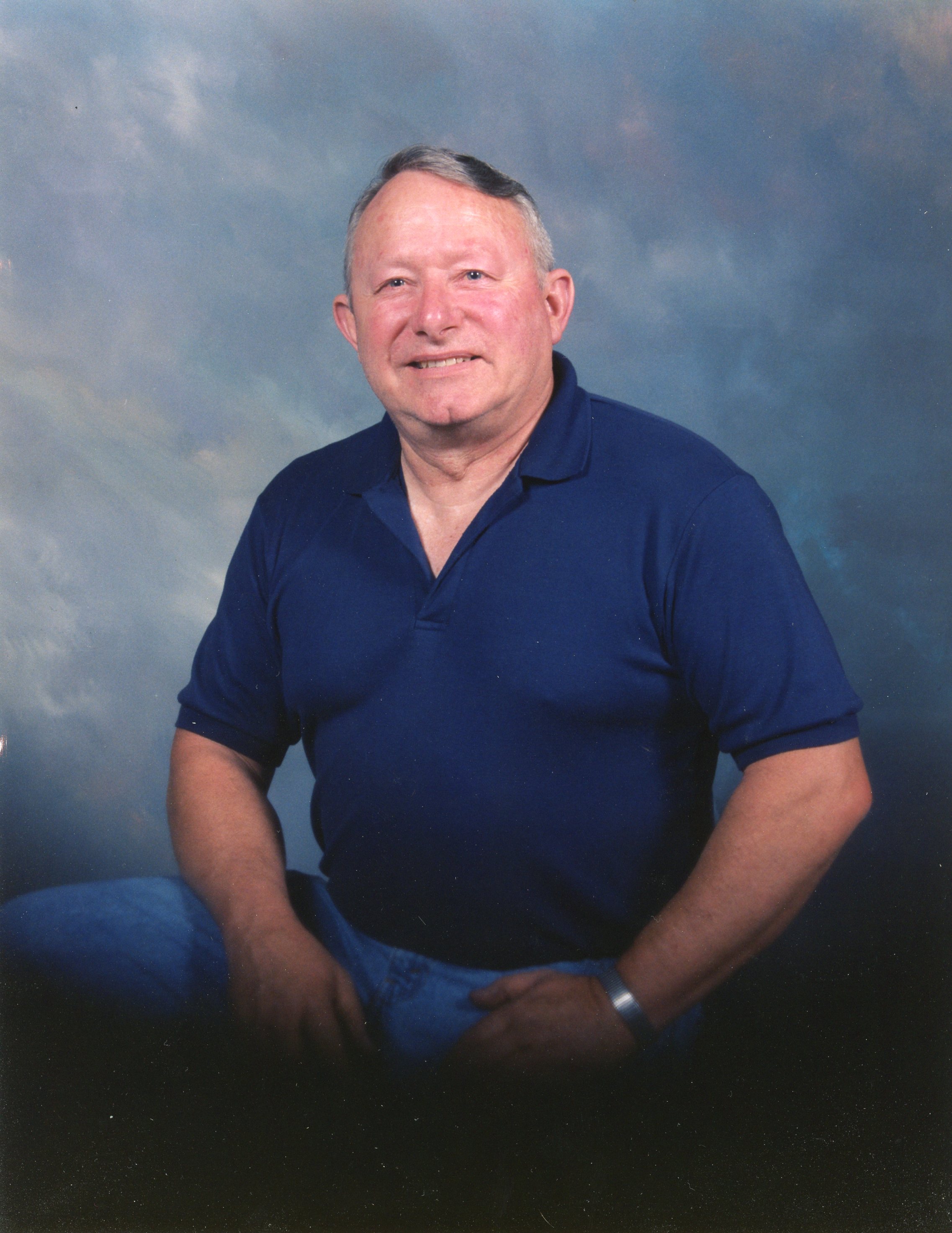