(Uniontown, PA)...He may not have a winner’s trophy on his mantle yet, but this young driver certainly has a winning attitude.  Uniontown, Pennsylvania’s Russell Baird, Jr., is entering his fifth season driving the family-owned Late Model, and he is looking to tackle the Sweeney Chevrolet Buick GMC RUSH Dirt Late Model Touring Series on a more consistent basis in 2014.

The 21-year-old has shown marked improvement since his rookie Crate Late Model season in 2010.  A weekly competitor at Roaring Knob Motorsports Complex in Markleysburg, Pennsylvania, Baird finished ninth in the points standings in his inaugural season.  A pair of seventh-place points finishes followed in 2011 and 2012, and his first season under the RUSH Weekly banner in 2013 produced a fifth-place finish in the track’s season standings.

“We do the best with what we have,” said Baird, who claimed eight top-10 and two top-five finishes, last season.  “If we didn’t enjoy this, or feel we have the potential to get a win, well, we wouldn’t do it,” he added.

Baird admits that his team doesn’t have as much funding as some of the top-tier teams, and this has forced him to change strategies a bit for the upcoming season.  A junior, studying Psychology at the California University of Pennsylvania, Baird is analyzing his team, as well.

“One of our issues is tires. We need fresher tires to be more competitive. We’re going to limit our weekly racing a bit and concentrate more on the RUSH Touring races, this season,” Baird explained.  The second-generation driver plans to visit more tracks, this season, in his No. 17 Rocket chassis. “When I am not in school, and we have more time to do it, that is definitely going to be the plan,” explained Baird.

Throughout his career, this popular driver has competed at four tracks, including Pittsburgh’s Pennsylvania Motor Speedway (Imperial, PA), Sharon Speedway (Hartford, OH), Challenger Raceway (Indiana, PA), and of course Roaring Knob.  While he calls Roaring Knob home, he admits that Sharon Speedway is one of his favorite venues.

“You could really stand on it there," explained Baird.  "I never had to lift off the throttle in turns three and four.”  The team competed in the two-night "Bill Emig Memorial" RUSH Touring event at Sharon in 2013. “We ran well, but we didn’t have the results to show for it,” Baird said. Ignition problems plagued the team on the first night, and a possible top-10 finish was thwarted on the second night when the car suffered a blown tire. Still, Baird doesn’t give up despite set-backs the team has experienced. “I feel like we can get some wins this coming year,” Baird said enthusiastically.

This season will be Baird’s seventh as a driver.  He began racing in Roaring Knob’s Charger division in 2008.  His father, Russell Baird, Sr., was competing in the Street Stock division at the time. “He (father) asked me if I wanted to build a race car of my own, and it went downhill from there,” Baird said with a laugh.

In 2009, Baird raced consistently better, and he scored several top-five finishes.  He moved up to the Crate Late Model division in 2010, which was his father’s last season as a driver. “It was too much trying to field two cars, so my father stopped driving and focused on my efforts,” the son explained.  Baird had sported No. 92 on his Charger machine, but the Late Model had the No. 17 on it when it was purchased. “We decided to leave it like that, and I have driven the number 17 ever since,” Baird said.

Like the proverbial David versus Goliath story, Baird knows he has tough competition against the region’s top RUSH Late Model drivers. “I don’t look so much at individual finishes; I like to look at things I do within a race to give me confidence.  Whenever I can pass guys like Nolan Dalton (2012 Roaring Knob track champion) and Mike Pegher, Jr., (2013 RUSH Late Model Tour champion) it gives me something to remember and build on,” he explained.

Baird has forged friendships with other drivers, as well.  Veteran Late Model competitor, Mel Minnick, Jr., (2010 Roaring Knob Super Late Model champion) helped him a lot with set-ups when he first began racing Late Models. “At first we had trouble getting the car to turn in the corner. Mel helped us a lot, and we would’ve been lost without him,” Baird said.  He also cited Vince Masi, Sr., and fellow-competitor, Vince Masi, Jr., as friends of the team. “They have helped us, too. They really look out for you.”

Family, friends and the chance to compete under the RUSH banner have Baird beaming with confidence.  “I really like the RUSH sanctioning. Those guys care about us racers and not so much the money,” explained Baird.  “Our mindset is to have fun, but we are serious, too.  I feel like our first win will be a reality, soon,” explained Baird.  He received Roaring Knob’s Best Effort Award at the track’s year-ending banquet. “We give it our all, and it is a matter of the cards falling down in the right place,” Baird elaborated.  “It is nice to be recognized by a track with the Best Effort Award, but I am ready to trade that in for a winner’s trophy,” he concluded. 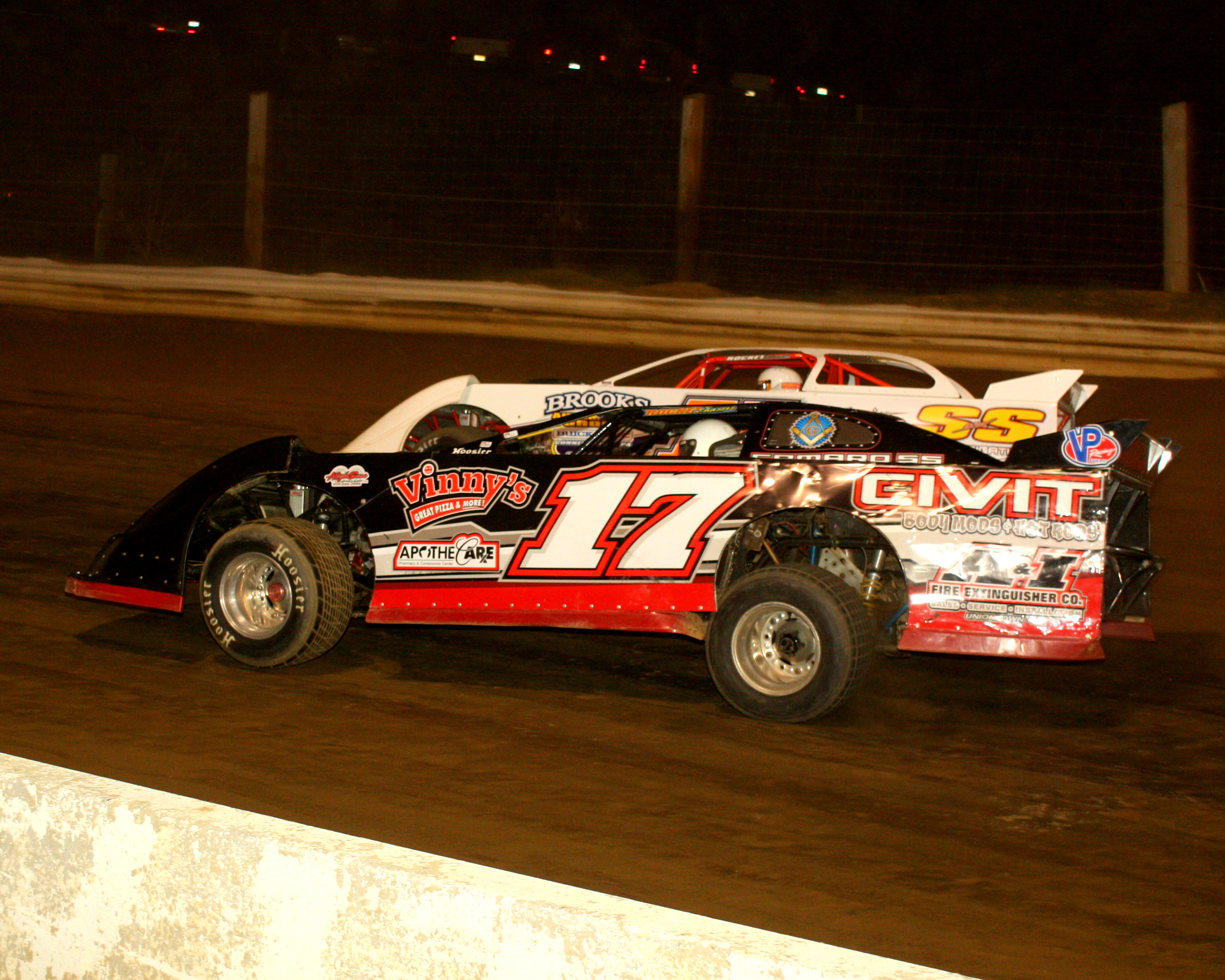