(Pulaski, PA)…One year ago, the Sweeney Chevrolet Buick GMC RUSH Racing Series powered by Pace Performance in conjunction with its sanctioned speedways made a landmark decision to begin addressing the high cost of oxygenated fuels that the majority of racers were utilizing. Through the help of Sunoco Race Fuels a spec fuel rule was put into place.  It  is estimated that in just one year the program saved RUSH racers throughout the region tens of thousands of dollars and allowed and them to compete on level playing field via RUSH's strong technical program supported by Sunoco Race Fuel.

Throughout the past several years, one of the most talked about downfalls of Crate Late Model racing had been the high cost of oxygenated fuels that had unfortunately crept into the system.  This problem drew front and center during the summer of 2015 when some were being sold at the cost of $752-$800 per drum, or over $15 per gallon in many cases; a situation that in the end was the catalyst that prompted Series officials to immediately address the situation once and for all. 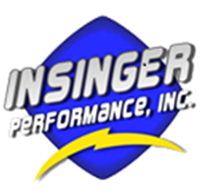 In 2016, the Sweeney RUSH Late Model Series went to two options; the popular Sunoco Standard 110 race fuel or the RUSH 91 pump gas created and originally blended by Insinger Performance, a Sunoco Race Fuels Master Distributor in Dushore, Pa.  The growing Sweeney RUSH Sportsman Modifieds mandated the RUSH 91 pump gas as did the Sweeney RUSH Pro Mods, which came about shortly after this announcement.  Some 24 different distributors put in place by Sunoco Race Fuel master distributors Insinger Performance and Bazell Race Fuels had the fuel readily available to RUSH racers throughout the Northeast, Mid-Atlantic and Canada, which was a tremendous help with the smooth transition and implementation of the rule.

"As with any change you always have a few that are going to grumble." stated RUSH Director Vicki Emig.  "I knew we had to get this problem corrected or it was going to be detrimental to the future of our Series.  I have to thank all of our sanctioned promoters and our sponsor, Sunoco Race Fuels, for helping us make this positive step in controlling the unnecessary money racers were spending on fuel to compete with a crate engine."

"As time went on racers realized that accessibility wasn't going to be a problem nor was performance," continued Emig.  "The racers were also satisfied we were properly teching the fuel, which ensured they were racing on a level playing field.  Most importantly they were saving money, and we started getting a lot of compliments.  Our RUSH authorized engine rebuilders were also a great help in making the transition a smooth one."   \

RUSH Competition Director, Travis Harry took fuel samples at just about every RUSH-sanctioned track throughout all of the RUSH divisions, which were sent to Sunoco for testing.  All of the samples taken from Canada to Virginia came back correct and were posted to the public to see.

Sunoco is not only the largest manufacturer of racing gasoline in the world but they are a fortune 500 company with over 6,000 convenient stores in the U.S. and they have grown by over 10% in the past year.  They are recognized worldwide for their 50 plus years of supporting motorsports, particularly the top tier series of virtually every bracket of racing including NASCAR and The NHRA.